Google Home Mini vs. Echo Dot: Which Is Superior?

As people are looking for more ways to add convenience to their daily lives, finding the best voice assistants and smart speakers to pair with them becomes an important decision. The Google Home Mini vs Echo Dot is a comparison worth making. They are both entry-level, compact, smart assistant controllers, but there are some differences you’ll want to consider when choosing which one is right for you.

When evaluating the Google Home Mini vs Echo Dot, the first thing to consider are their specifications.

The Google Home Mini is available in chalk, charcoal, or coral colors. Its dimensions are 3.86 inches x 1.65 inches and it weighs 6.1 oz.

The Google Home Mini’s voice support is Google Assistant. It has touch controls and a mic mute switch with four LED lights display. The speaker provides360-degree sound with a 1.57″ (40 mm) driver. It has two far-field microphones and a micro USB power port 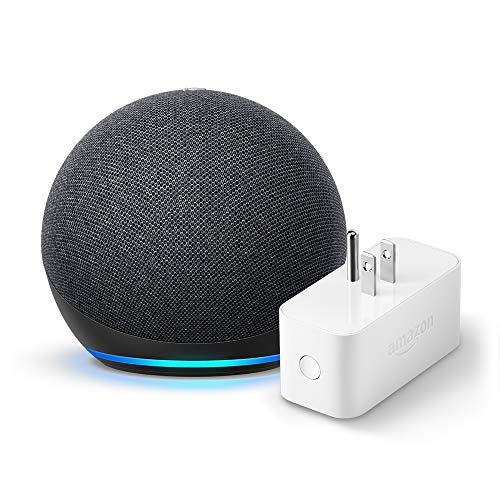 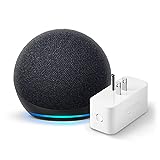 The Amazon Echo Dot is available in charcoal, heather gray, or sandstone colors. Its dimensions are 3.9 inches x 1.7 inches and it weighs 10.6 oz.

The Amazon Echo Dot’s voice support is Amazon Alexa. It has buttons to control the volume, action, and to turn off the microphone. It has a top-mounted color light ring display. The 1.6-inch third-generation speaker has a larger driver than the previous generations (producing 70 percent better sound). It has a seven far-field microphone array. Its ports include a micro USB (power) and 3.5 mm audio output.

GOOGLE HOME MINI VS ECHO DOT: WHICH IS SUPERIOR?

In general, the Echo Dot with Amazon is the more “fun” of the two, but Google Home Mini is more “useful” in the ways that matter. For example, if you need to find your phone, Alexa will dial the number you say and you have to hope your ringer is on. If you ask Google, “Where is my cell phone?,” it says, “Alright, your phone is now ringing on full volume.”  This is much faster and more efficient. Google also makes the phone ring for five minutes on full volume whereas with Alexa you have to hurry to find it before voicemail picks up and you have to start all over again.

Alexa seems to have many more games, but Google is better about finding the answers to random questions. For example, if you ask, “Is cheese still good past the expiration date?”, Google will usually find a relevant article and read it to you. However, Alexa will just say, “Hmmm, I don’t know that.”

When it comes to looks, Amazon and Google have taken slightly different approaches. The Echo Dot sort of looks like what you’d expect to see if someone stomped on a regular Amazon Echo. The new and improved puck-shaped device now has a fabric cover and is larger than the older Dot. It has a build quality that’s far more refined than you’d expect on a device like this, and the compact size is inconspicuous in the home.

The new Dot keeps the iconic blue and orange LED status ring seen on its predecessor. It adds a little interest but also makes the Echo Dot more noticeable than you may wish. It’s more rounded at the top and bottom and comes in charcoal, heather gray, or sandstone.

While the Google Home suffered more than a few barbs regarding its resemblance to a certain brand of air freshener, there was a clear attempt to distinguish the device from other technology in the home. Building on an experiment with the Google OnHub router, Google offers a range of textured covers for the device that allow homeowners to better integrate the smart speaker with its surroundings.

That mission continues with Google Home Mini, available in chalk, charcoal, aqua, and coral. Again, build quality is excellent and the Home Mini’s pincushion form factor gives the device its own identity. Google’s designers have even crafted the Home Mini’s circular power adapter to fit neatly in your hand and protrudes from the wall far less than the Echo Dot’s power supply. There are even clips on the power cable to tidy up any slack. These are small touches, yes, but they demonstrate a level of design detail and care that’s the hallmark of a great device.

The Echo third generation has greatly improved audio and sound quality over the previous Echo models. It has a 1.6″ speaker, and you can connect the Echo Dot to a larger speaker if you want. The Echo has audio-out jacks, allowing them to connect to any speaker. You can also improve the sound on your Google Home by connecting a more powerful speaker through the Google Home app.

The Google Home Mini has Bluetooth support, but the device lacks an audio port. Integrated Chromecast and Chromecast Audio streaming and enhanced audio format support demonstrates Google’s belief that the Home Mini can serve as a competent, if compact, standalone speaker.

As for playing music when comparing the Google Home Mini vs Echo Dot, the Dot will try to sell you a premium music package unless you specify to play the music on a specific account. Google, on the other hand, doesn’t have a premium music service it’s trying to sell, so it defaults to whatever music service you have linked.

Overall, we found the Echo Dot to have a much clearer, cleaner sound than the Google Home Mini. Plus, you can use Alexa’s equalizer to adjust the bass, treble, and mid-tones. We found the Mini’s vocals more forward and defined than they were on the Dot, where they were a bit muddy. That said, with the new Echo Dot, Amazon has won in the sound quality category. The new version is booming and incredibly impressive for a speaker its size.

Since Amazon’s Echo Dot has been around much longer than the Google Home Mini, Amazon has had more time to establish connections with smart devices. Both devices can connect to and control a large array of smart home stalwarts like the Nest Learning Thermostat, Philips Hue lighting, power outlets, smart locks, and more. Google is working with partners to rapidly build out hardware integrations, but Amazon is still in front.

Although it’s not too difficult to add a smart device to your Alexa or Google Assistant network, it’s a little more difficult with Google. The Alexa app automatically scans for new devices. By contrast, to connect a device to your Google Home, you have to select the device’s manufacturer within the app and follow set-up instructions that vary in complexity by brand.

So in the Google Home Mini vs Echo Dot connectivity category, the winner is the Echo Dot. Alexa has more smart devices (though Google’s array is growing) and is slightly easier to use.

When comparing the Google Home Mini vs Echo Dot in the voice assistant category, they come out fairly balanced in the types of tasks they can do. However, the Google Assistant is much better at giving directions; it can pull data directly from Google Maps, while Alexa fails at basic questions of time and distance and can’t help with public transportation.

We also found that the Google Assistant was better at voice recognition. With an array of seven far-field microphones, advanced Bluetooth audio support and, importantly, a 3.5mm audio jack, the Echo Dot is an inexpensive Alexa controller. In contrast, the Google Home Mini only has two far-field microphones for voice detection, but it does have a 1.57-inch driver.

Amazon Alexa excels as a tool for ordering stuff while the Google Assistant wins out when it comes to general search and information requests. You can call friends with both the Echo Dot and the Home Mini, but doing it with Google Home requires a bit more configuration.

Speaking of tricky questions, the Google Assistant is significantly smarter than Alexa. This is pretty obvious after only a little use, with Alexa frequently apologizing for not knowing how to answer a question. However, it’s actually more alarming than that, with the Echo occasionally providing wrong answers by truncating responses.

It’s also worth considering the number of third-party skills when comparing the Google Home Mini vs Echo Dot. Alexa has more than 50,000 third-party skills, including games, useful apps, podcasts, and more, as of September. While it’s not clear exactly how many commands there are for Google Home, there were only around 2,000 as of January 2018. That said, both assistants can handle the basic tasks (calling an Uber, ordering a pizza, setting alarms and reminders, and streaming music) that most people need.

So if you suspect your primary use for the assistant will be adding items to your Amazon shopping cart (“Alexa, reorder coffee”) then Alexa is the way to go.

After comparing the Google Home Mini vs Echo Dot, it becomes clear that the Echo Dot is the superior choice. Amazon’s speaker offers superior audio quality, a superior design, and better smart-home integration.

As a participant in the Amazon Services LLC Associates Program, this site may earn from qualifying purchases. We may also earn commissions on purchases from other retail websites.